skip to main | skip to sidebar

I was sent these pants monsters by creature design legend/director Steve Wang. I'll be updating this post for awhile - Steve is in pre-production on a new feature that he's directing so he's kind of busy, but I will doggedly bother him for more specifics on the pants his monsters are wearing.

The first is Illidan from World of Warcraft - a display piece that Steve made for the big gaming convention, E3. If you want to get a close-up look at the pants, it currently resides in the lobby of Blizzard Entertainment in Los Angeles. 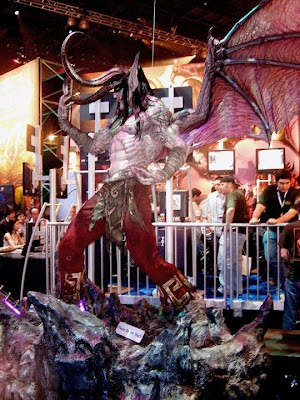 The character below is from Blade Trinity, his name is Drake and in the movie he's the original Dracula. To his right is the actor that portrayed him in the film. I'm assuming that the pants that Drake is wearing are very nice because most vampires are wealthy, having accumulated fortunes over their very long lifetimes. In other words, I think they're leather - not vinyl. 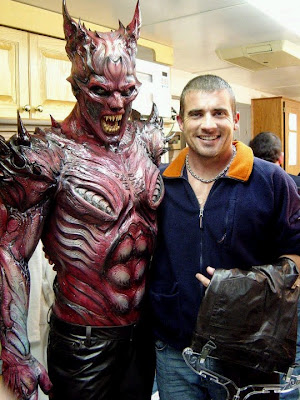 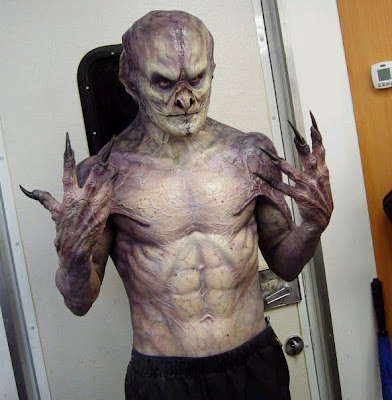 Now if this one suddenly dissapears from this blog posting, it's because it technically does not fit my criterium of what constitutes a pants monster. But it's by Steve, and it's cool. It's the head crab zombie from the popular FPS game Half Life and Half Life 2. Steve made it as a Halloween costume for his son. 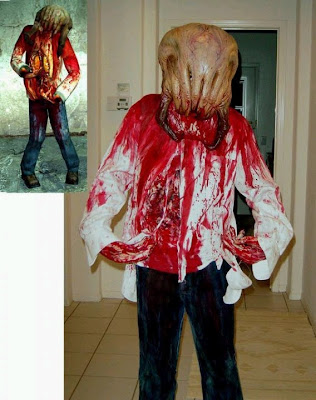 Unused tooth fairy creature from Darkness Falls. Steve tells me that it's not pants, but a skirt. In the interest of equality between the sexes I'm going to include it. 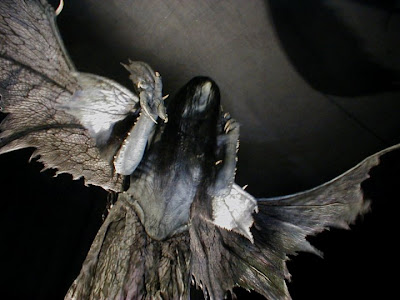 Abe Sapien from the Hellboy movies. 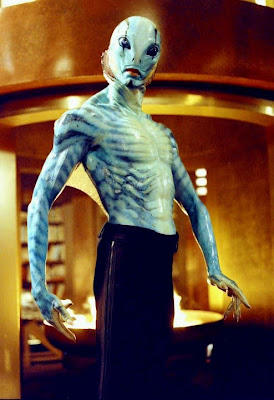 Bambooman from Kung Fu Rascals, a feature film directed by Steve Wang. The film was shot in Super 8! I'm searching for a better shot of his pants. 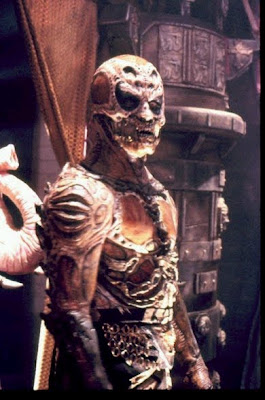 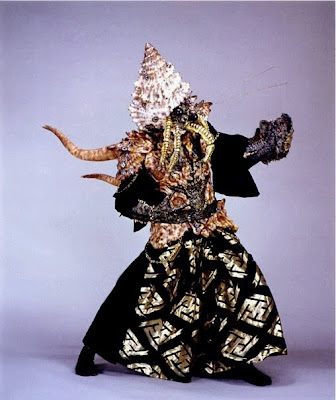 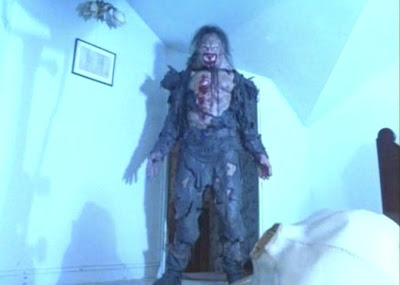 "They called him Rawhead!" And he sports the classic pants monster look with a medieval bent in this 1986 film. A monster with attitude, apetite, and a bad habit of urinating on priests. 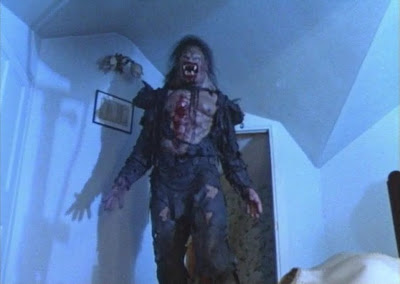 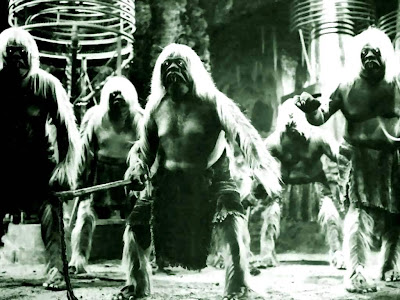 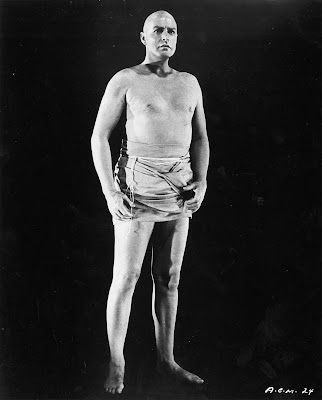 The Morlocks and Amazing Colossal Man/ Colossal Beast are NOT pants monsters. A pants monster is not just covering their genitals, they're making a couple of statements at different levels. Unfortunately, this disqualifies the Gorn: 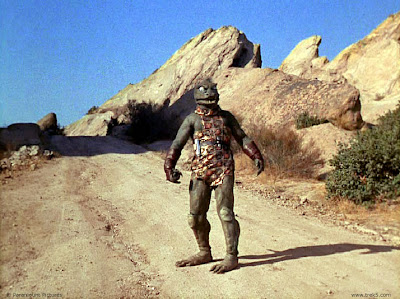 The true pants monster is saying, "I may be a monster, but I live in a world of men. A monster who wears pants will be taken more seriously."

The pants monster movie producer is saying, "We're going to show more monster but I don't have enough money to pay for a whole suit and we'll probably just show him from the waist up anyway."
Posted by Webster Colcord at 10:44 AM No comments: 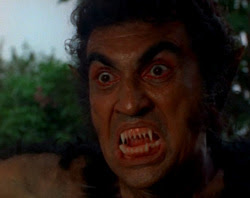 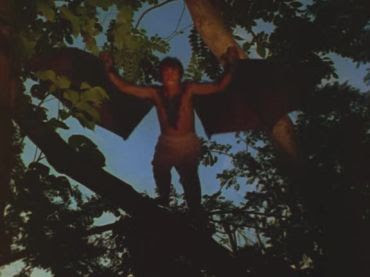 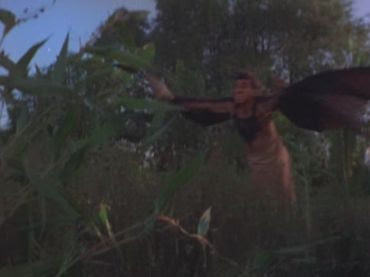 This is one of my favorites, I'll try to get better images of him. The last of the "Blood Island" films shot in the Philippines in 1973. Directed by Eddie Romero and starring John Ashley. And Pam Grier as the Ayesa, the Panther Woman! The Bat-Man is a pretty great effect, done with wires I think. There's also a cel animated version of him which kind of flies into the sunset. Read all about the Blood Island films here.
Posted by Webster Colcord at 11:22 PM No comments:

The Island of Dr. Moreau "Humanimals" 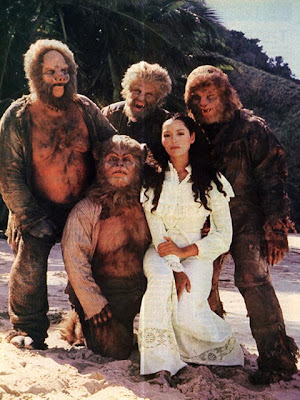 Posted by Webster Colcord at 11:14 PM No comments: 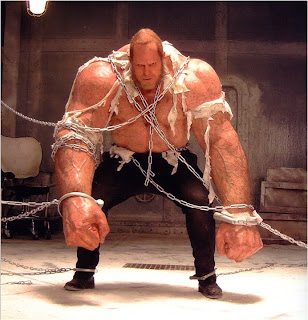 Keeping the pants monster tradition alive is "Mr. Hyde" from the 2003 film, League of Extraordinary Gentlemen. Steve Johnson and his XFX company did the makeup/suit. Photo by Brian Best. Read all about the making of this amazing character here.
Posted by Webster Colcord at 10:15 PM No comments: 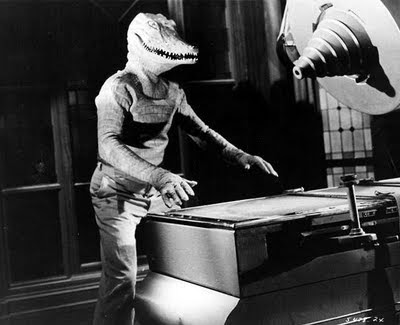 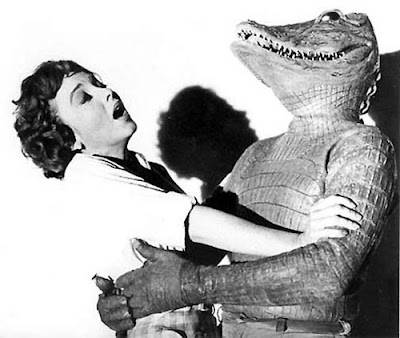 Paul Webster stars as a man under the influence of alligator hormones. 1959
Posted by Webster Colcord at 7:43 PM 1 comment: